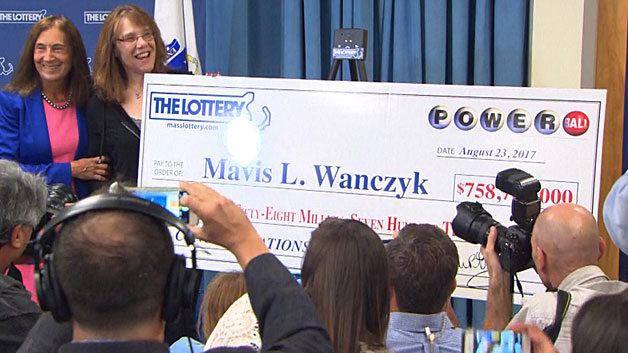 Having monitored the activities of the Powerball winner Mavis Wanczyk,  we have decided to make a post about it. Mrs. Wanczyk, 53, a mother of two adult children,  emerged winner of the Wednesday 23rd Aug Powerball Lottery, grabbing $758 Million.

Since then some individuals who we would tag as very smart took to the social media (especially Instagram), parading themselves via accounts claiming to be Wanczyk, promising to give $5000 to first 100k who would follow and repost scam photos.

Unfortunately a lot of unsuspecting victims (even from Nigeria) have blindly let their guard down, even though their were lots of reasons why they ought to have doubted the whole process.

First. The accounts stated that its would give 100k persons $5000 which would amount to $500k. Even when Federal income tax and state tax would take a 25% bite from all powerball winnings,  So therefore the winner would be giving away all winning. Which is ridiculous.

Secondly. The scammers made a snapshot to tweets fron Oprah Winfrey and Kyler Perry endorsing the whole scam. What would it take a thinking person to check out Twitter it these claimed tweets were actually made.

Thirdly. During the process the account posted photos of winners to lure people. These photos had no tagged accounts of theses

Fourthly, What would it take a $758k who wants to partake in such a gesture to get a verified account from IG.

Even comments from persons on these accounts sent clear warnings to people. Is not yet known who is behind these activities but we know that this is what we considered a very smart move. A smooth way the earned thousands of followers for multiple accounts. The scammers were smart enough to take advantage of a real life situation to get fake attention.

Well we hope it all ends at the quest for followers and wasn’t used to get vital info from victims for other purposes.